Join us for our unusual mix of music, comedy and inspiration live from Brooklyn!

featuring the music of Steve Mayone

Americana UK called him “a master songsmith,” while Miles of Music says, “Mayone ties up all of Americana, folk, classic and roots-rock, effortlessly flowing from one to the next and never at a loss for interest.”

He is a songwriter/producer/musician living in Brooklyn, N.Y. He an in-demand session and live musician, playing and recording with Kate Taylor, Bow Thayer, Kris Delmhorst, Matt Keating, Treat Her Right, and Todd Thibaud. He creates so much of music for TV and Film that you’ve most likely already heard something he’s created or performed! He was also a guest on Miz Stefani’s House in our very early days!

and comedy from Phoebe Robinson a stand up, writer, and actor who TimeOut NY and Flavorpill consider one of the top ten female comedians working in NYC and Vulture named her one of the 50 comedians to know in 2015.

As always, you can join us online for free HERE https://mizstefanishouse.com/watch_live/
or join us in person at Sisters in Brooklyn 900 Fulton St, Brooklyn, NY 11238 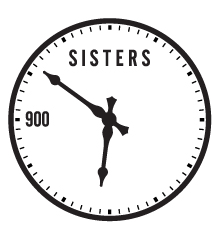